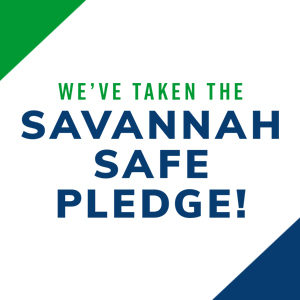 We have made a number of changes in the way we run our business and interact with one another and our customers. Our customers appreciate the changes and we continue to adapt where needed. Recently, a reporter from Savannah Morning News, Katie Nussbaum, spoke with Mr. Melvin Joyner about the changes he has had to make and the effects that COVID-19 has made on Joyner Electric and Security. The full article can be found at Savannah Morning News. It was published in the Savannah Morning News Sunday Edition May 31st, 2020 on page A12. Below is an excerpt from that interview. Since publication, Joyner Electric And Security has also taken the Savannah Safe Pledge.

Melvin Joyner, owner of Joyner Electric and Security, said his team is also taking extra precautions when entering customers homes and working to price jobs over the phone when ever possible.

“When we take a call we let the customer know we’re doing social distancing and wearing N95 masks, so that my guys are safe and we’re protecting the customer, too. We’re wearing gloves and sanitizing before we even go in,” Joyner said, adding that crews are also taking extra steps to sanitize their work trucks. Joyner is also screening employees at the office, observing social distancing and taking extra cleaning precautions there, too. “I actually bought a couple of ozone generators so that we can sanitize with those every other day and once a week we do a deep clean on the office,” he said.

Along with residential work, Joyner’s company also does a lot of commercial work in the hotel and restaurant industry, which he said has dropped off almost completely during the last two months. He estimated his business was about half of what it was during the same period last year and during that time Joyner was forced to furlough employees and rotate their work weeks. “All of that kind of fell off the chart,” he said of the commercial work. “Now after things got rolling a little bit more I’ve got everybody back online. All my employees are back to work. If my employees are not in the field working, we’re either doing training here at the office or doing other maintenance that’s needed around the office.”…

Joyner said while his commercial business may have dropped off, like Daniel, his residential business, while fluctuating, has continued. “I guess you could say some have decreased, but on the other hand, we’re picking up more residential calls and the reason being is you’ve got people at home and they want to get their little projects done while they’re at home,” he said, adding that the company has also been called out to fix a couple of those projects. “I had a couple of instances where people were at home putting up shelves in their garage and they decided to put a screw in the wall and they drilled into the main service entrance cable and blew the service entrance cable up. I had two of those.” Both companies have also implemented extra training for employees during this time and Roto-Rooter has also joined the Savannah Safe pledge. Launched by Mayor Van Johnson last week, the voluntary program is a way for local businesses to display their dedication to pandemic safety. … Joyner said his Monday team meetings have shifted to focus on safety and he revisits the topic with his employees throughout the week. While things are picking up again, he said overall the last couple of months have been difficult. “It’s been a complete nightmare,” he said. “I’ve got to worry about keeping my employees safe and my customers safe, dealing with supply shortages and the economic uncertainty of everything. It’s just been kind of an overwhelming situation.”

They were professional and knowledgeable of problem @ hand. They observed recommended spacing and protective gear due to Covid19 times.Excellent!